A downloadable game for Windows and macOS

Hazy Days is a Breathing Simulator set in China.

The game follows Xiao Feng, a young schoolgirl who is about to visit her Grandmother for Chinese New Year. Over the course of seven days, players control her breathing as she faces increasing levels of pollution in the city.

* Entertaining and educational in nature.

“The delivery of the message is excellent.” – Brendan Caldwell (Rockpapershotgun)

"Although only a single button is needed, the game is deceptively challenging." - Carlos Daez (Thecurrent)

"It's not often that you come across a great game that is intentionally created to raise awareness about important issues." - Mike Catabay (Nick Jr. Parents)

I've been living in China for years now and while the city is great, the air pollution is a real issue that people deal with on a day-to-day basis. I made Hazy Day based on my own personal experiences and I hope that it can help put into perspective what it feels like to breathe in smog.

China's air pollution levels are constantly covered in the media. With Hazy Days, I hope to humanize the issue so that the problem can be more relatable. Thanks for playing.

Hey there! I have a Mac and my computer says I can't open this because it's not set up for the latest version of Mac, if you could fix it by any chance I'd be super excited to play!

Hi there! I just finished updating the game to support the latest Macs. Should be working now. If you get a pop-up that says "cannot open because of unidentified developer" Hold [CONTROL] and select [OPEN] to start it. Let me know if you have any other problems!

Thank you so so much! This game was so amazing and so well put together. It's a great eye opener, thank you. I hope it gets better

Thank you for playing! 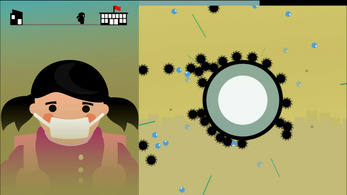 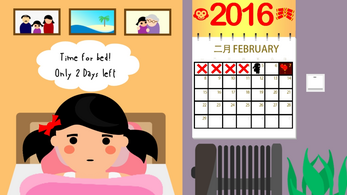 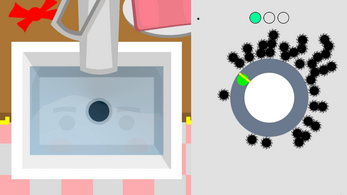